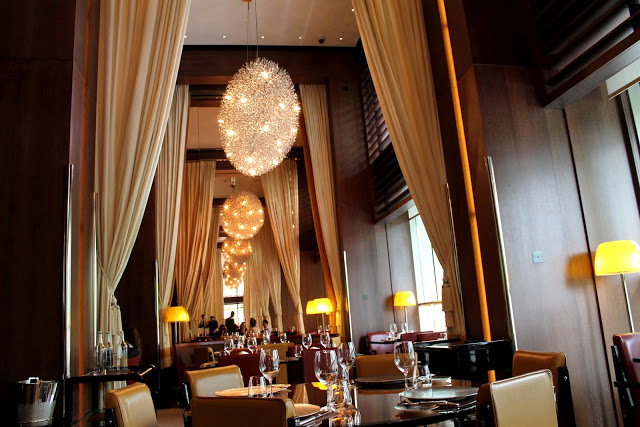 This year Father’s day happened to fall on a gloriously luminous Sunday. The air had a certain balmy sweetness and the sun glowed flaxen playing peekaboo behind the wooly clouds. I spent the morning ensconced in laboured revision. My last exam was on Monday so I was employing my usual technique of legal rap to learn the rules;  “In West Maida Vale, born and raised, a life tenant lived out the last of their days.. Chillin’ out maxin’ relaxin’ all cool. Until he got topped by the gangsta in school.. there’s inheritance tax at 40% .. forget CGT, there be swagger instead.”


Luckily (for Kanye), the clock pulled me back from the precipice of hip hop stardom and sold out arena tours. It was Father’s Day AND my dad’s birthday. We were off to celebrate.


Rewind two weeks. After much head scratching over where to go for pa’s 47th.. “what to do? what to do?”. I decided to book Cut at 45 Park Lane. Opened earlier this year by Wolfgang Puck, America’s Austrian born answer to Gordon Ramsey the restaurant promised the best steak this side of the Atlantic. Apart from the prices, pucking expensive, I knew from the reviews that it would please. And so, as it was dad’s birthday, it was a case of the best for the best (biased? who? me?). Even if we did blow my entire dowry in the process. 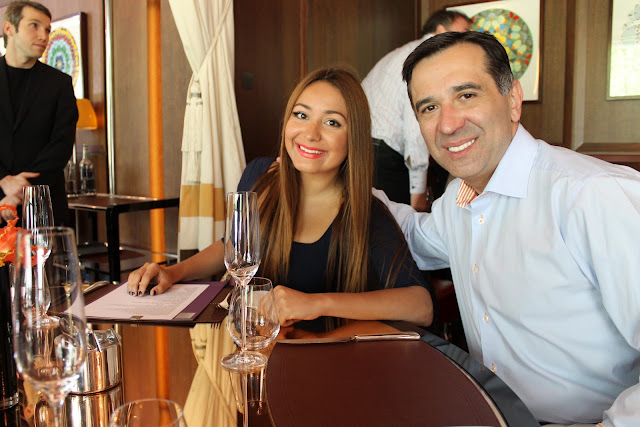 We are back on that glorious Sunday afternoon. Five reverent carnivores around a round table. There are jazz musicians softly crooning to the right of us, whilst my brother is regaling us with tales of vice in the back alleys of Bangkok, where he had just from the sounds of it spent a rather eventful 2 weeks.


Now I’m not sure whether it’s the Crème de cassis, the sinister bluesy saxophone or the man at the next table with the oiled moustache daintily sipping chai from a porcelain cup; but something about Cut and its long, corridorlike layout reminds me of a railway carriage. Half expecting brunch aboard the Orient express to be interrupted by a pair of feet sticking out from under the table and our moustachioed Poirot to leap into action, I hurriedly place our orders. 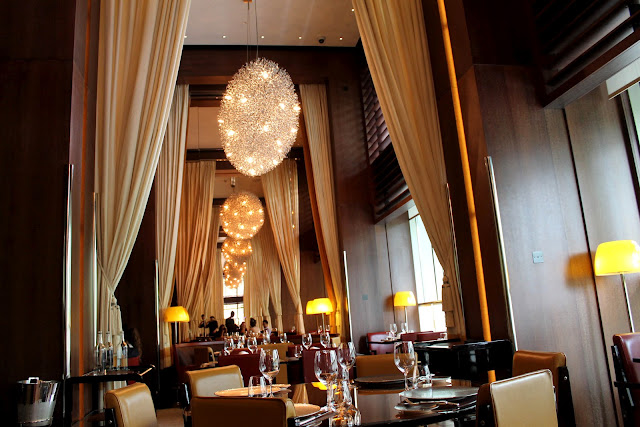 Starters arrive. Dad and mum both have the dorset crab and lobster, which they inform me is ‘good’. Now in my family something that’s “good” is never merely just “good”; it is marvellous, stupendous, mind-blowing. Alex and Alex on the other hand are moaning quietly in the corner over their steak tartare. Al puts some steak tartare on dad’s plate. The three of them unanimously conclude it’s the best they’ve ever had. My tuna tartare has attitude, it’s spicy with a soft kick of wasabi. Tastes good, but I’m too hungry to fully appreciate the flavour. 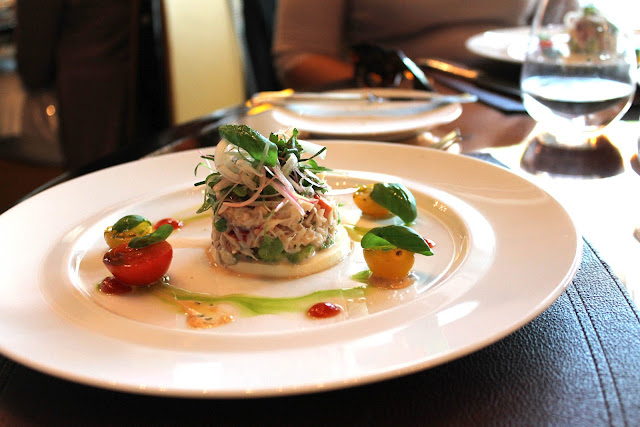 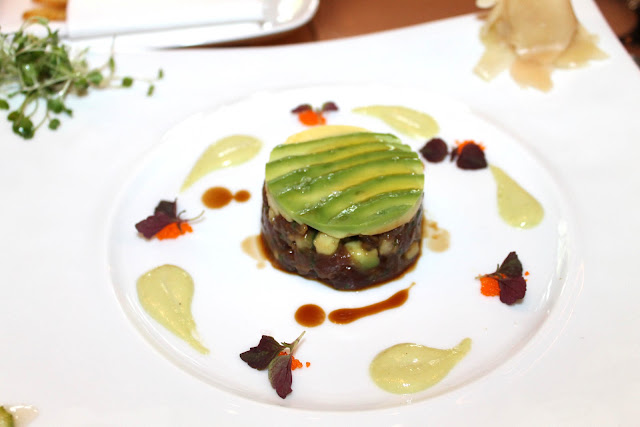 Now for the main. I order the Australian Waygu and Black Angus Beef Burger. Puck certainly has his work cut out. It’s easy to make a good burger, but hard to make one that will burn into your memory like that time when…
I am now excited and still ravenous. With all the anticipation of a groom at the alter my eyes flick towards the door at the smallest suggestion of food. Then I see her. Opps I meant it. Here comes the bride all dressed with fries. That first bite. Mind blowing bovine ecstasy. I look across at Alexandra who is also having the burger. She is in some far off place, eyes glazed over. Brother takes a bite of his and looks stunned. Usually burgers are big heavy things, to be wrestled with and conquered. This one looks like it would be no different, in fact it looks pretty average. But in the mouth it just melts in a way I’ve never encountered. It doesn’t just go down, but it glides down like a calf on iceskates. As delicate as if it had been pre-chewed by newborn baby angel kittens. And the flavour simply indescribable. Mum and dad both went for the steak, which they inform me is “marvellous, stupendous, mind-blowing”.


I should also mention the pancakes. Oh my sweet lord, the pancakes. I never thought I’d taste a pancake to rival that of the Four Seasons New York (see here), but I prayed and God answered. Now here’s the best bit. If you can’t afford to have dinner at Cut, then you could always have breakfast. Allow me to push/shove/force you in the direction of the pancakes and at £13.50 you’ll take 3 portions.


I’m absolutely stuffed. I haven’t saved room for desert but have it anyway. One baked alaska and apple crumble later I am ready to collapse. As I crawl out of Cut I spot a dainty Nicola Roberts and think “pshhh, she don’t know what she’s letting herself in for”


1. Steak Tartare
2. Waygu Burger
3. Any sort of steak (their medium is pretty well cooked, so medium rare if you like it pink) 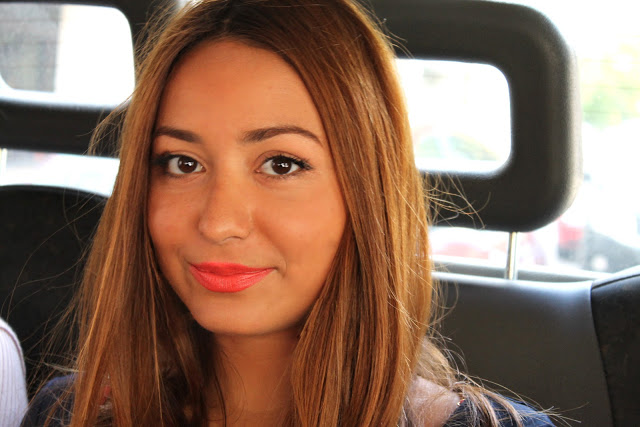 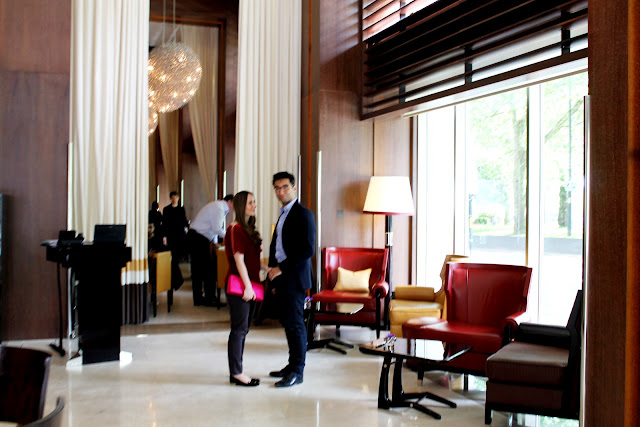 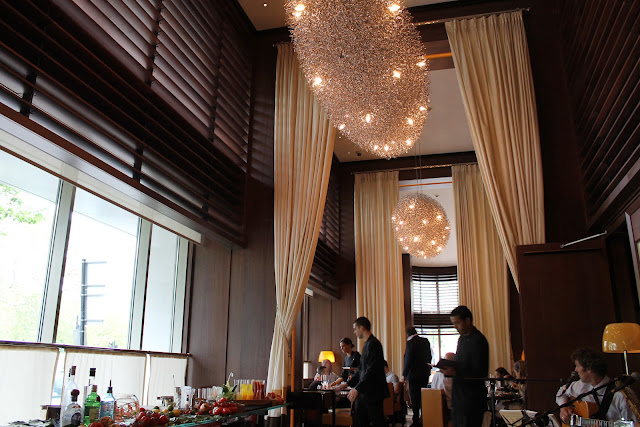 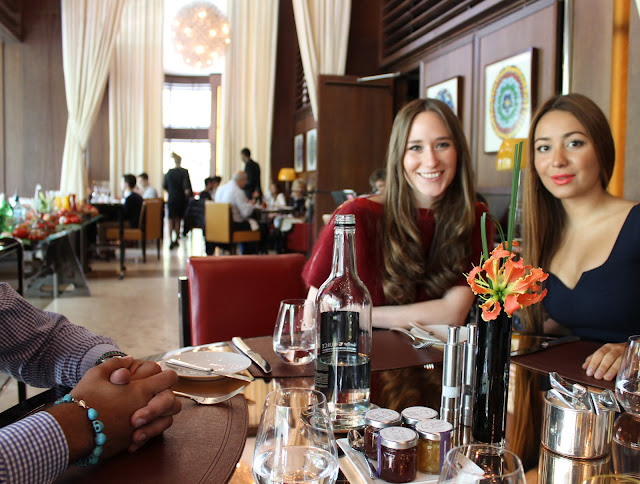 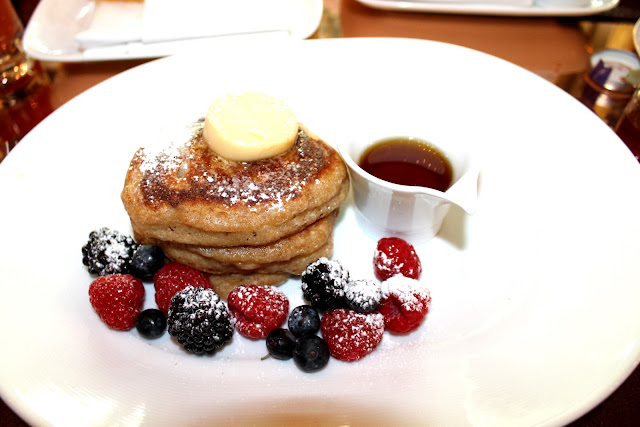 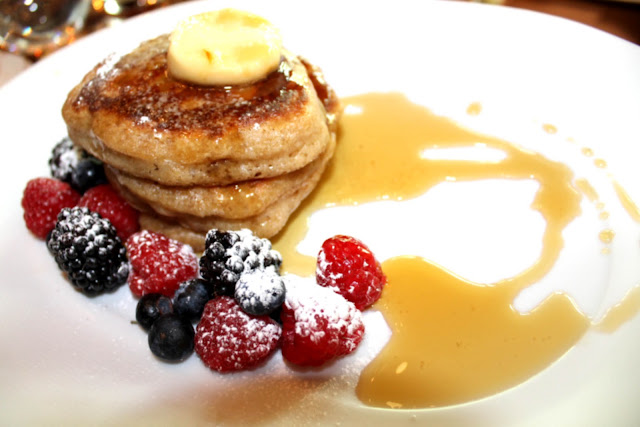 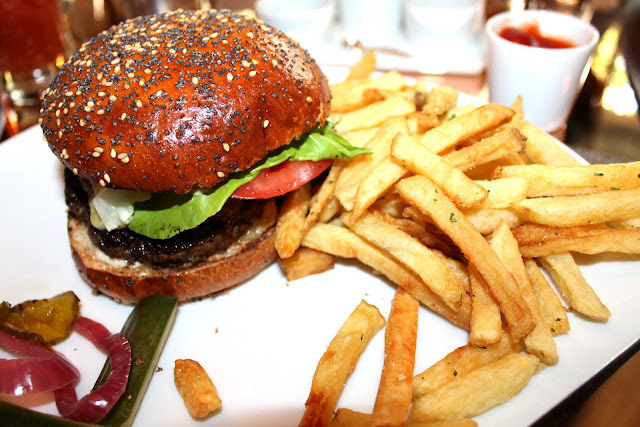 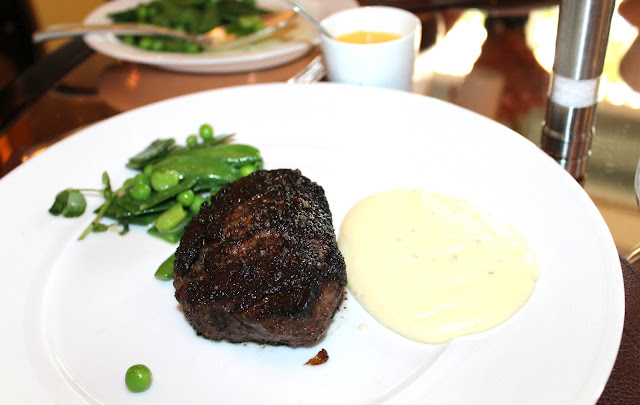 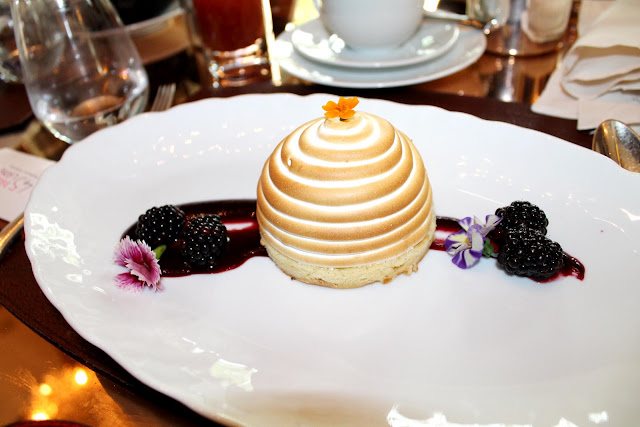 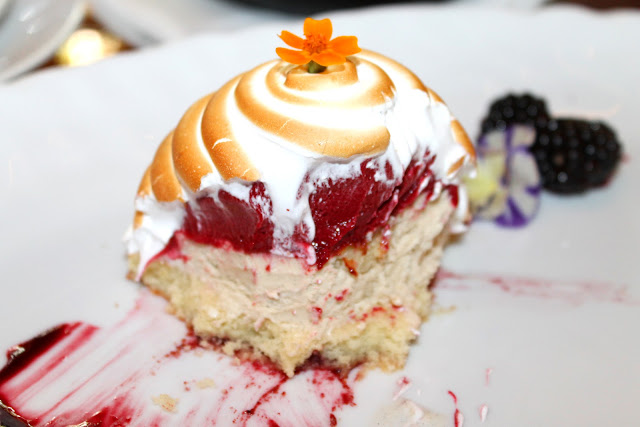 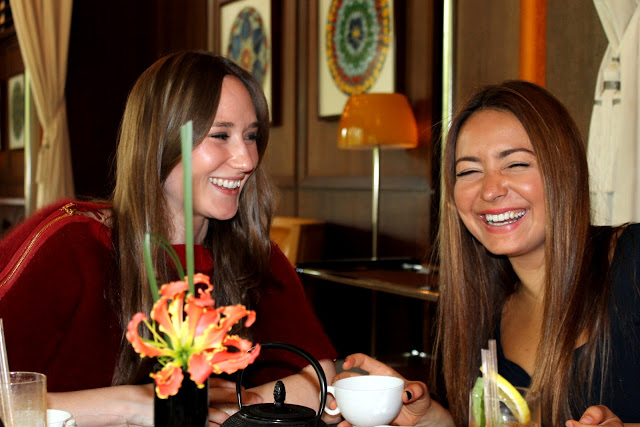 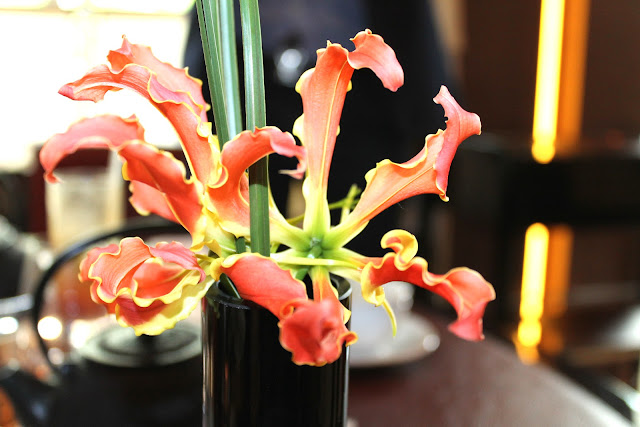 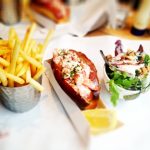 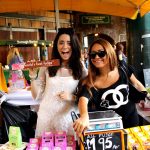 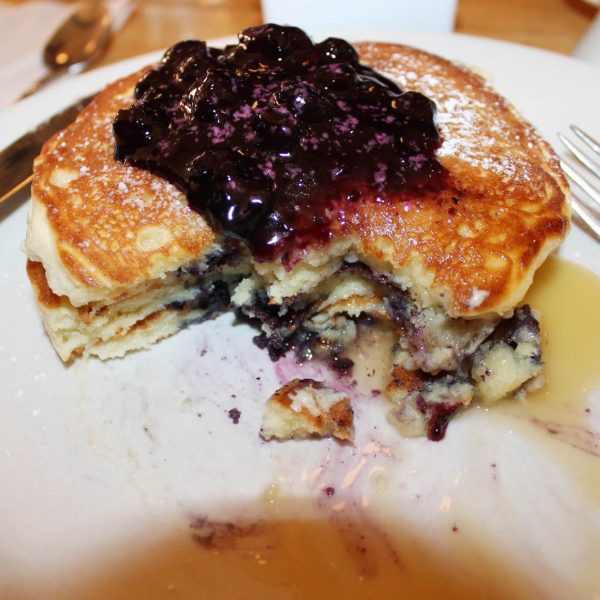 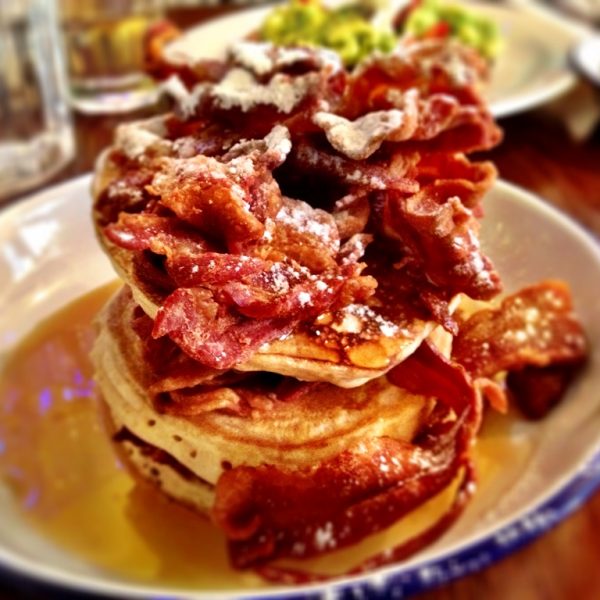 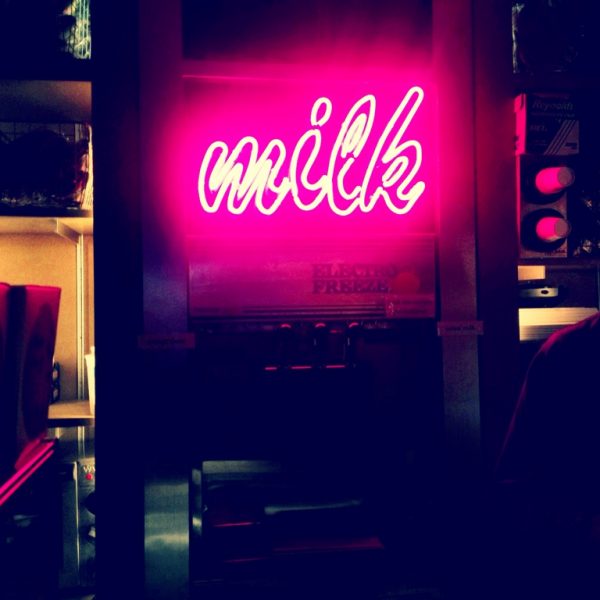 Wow the food looks absolutely stunning, I don't think I'd know what to choose! x

ta sexybum! cant wait to see you in all your glory at Ascot xx

you are gorge and so is your sister