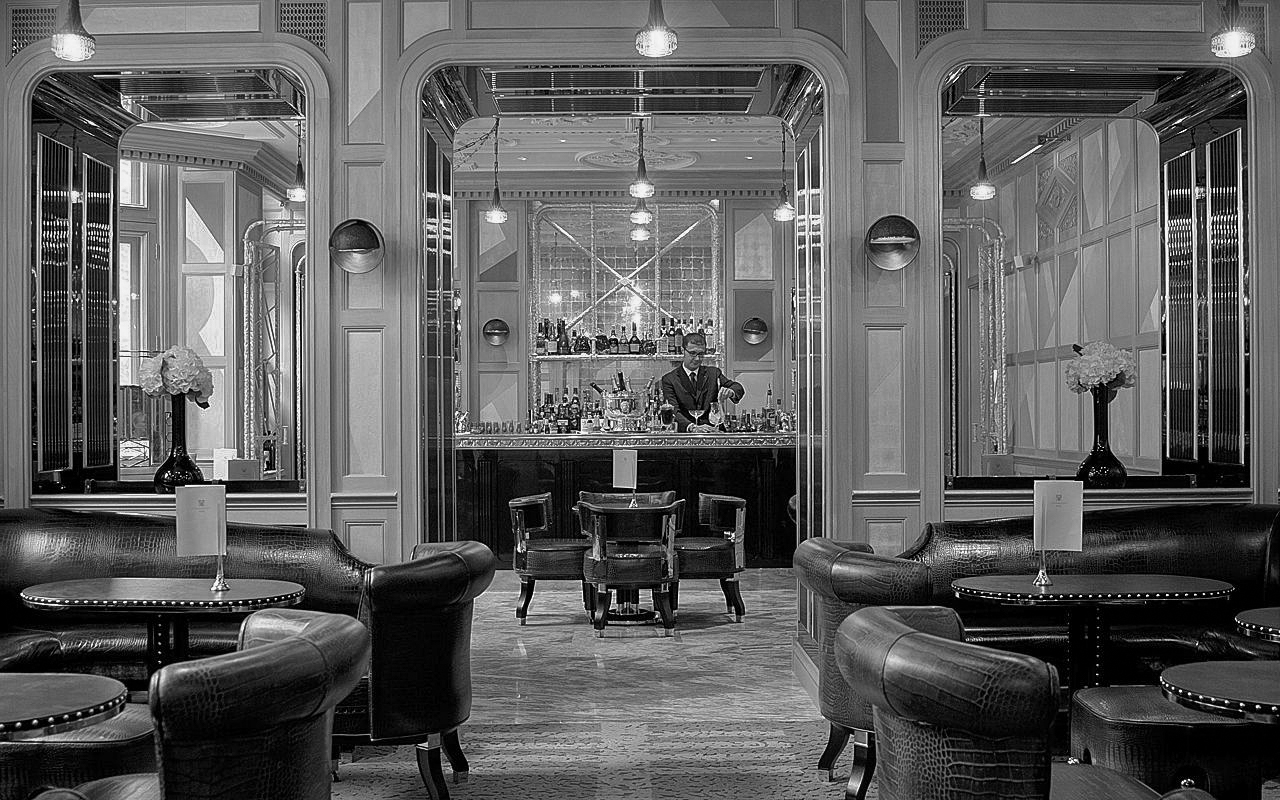 Sinning at the Connaught

In 2008 I made a terrible mistake. I was visiting Wales for a work thing and just before leaving for the train, I decided to cut my own hair. Just a trim on the back and sides. And at first everything seemed fine.

It was only when I caught my reflection from a different angle in the train loo mirror that I realised the scope of my error. I’d taken two big divots out the back of my head, exposing my scalp.

Which is what you get and deserve for attempting this type of thing.

So when I got to Cardiff, I went straight to the nearest barber and he said the only thing for it was to completely shave the back and sides so the hair could grow back evenly.

The barber strongly recommended shaving the top off, too. I declined. 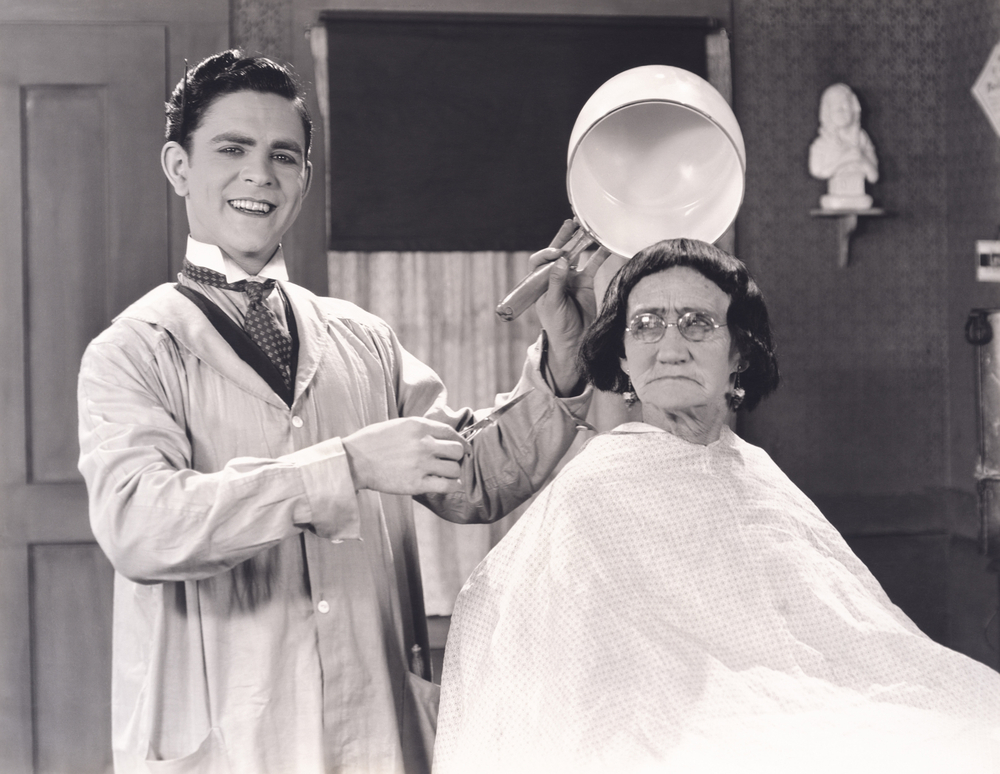 I immediately bought a herring bone flat cap which was too big for me to hide my shame. I was hoping it might make me look a bit like a 1920s film director.  But it just made me look like a div.

The far greater problem, however, was that I had a hot date arranged in London for when I got back. By which I mean a break-the-bank-and-take-her-to-The-Connaught-Bar date.

Back in London, I felt incapable of leaving the house for the date without my flat cap (I was now sporting a slightly less idiotic one) but I was terrified The Connaught wouldn’t let me wear it.

So I decided to ring them and tell them I’d been involved in an accident which resulted in part of my head being shaved. And I said this made me too self-conscious to be seen without my flat cap.

(I wasn’t proud of myself)

I also considered telling my date the same thing in the hope of eliciting empathy sex acts but I ultimately stopped short.

The Connaught were totally sympathetic to my perceived plight. They said I’d be welcome to wear the hat and that I would have been welcome to wear it even if it weren’t for my accident.* 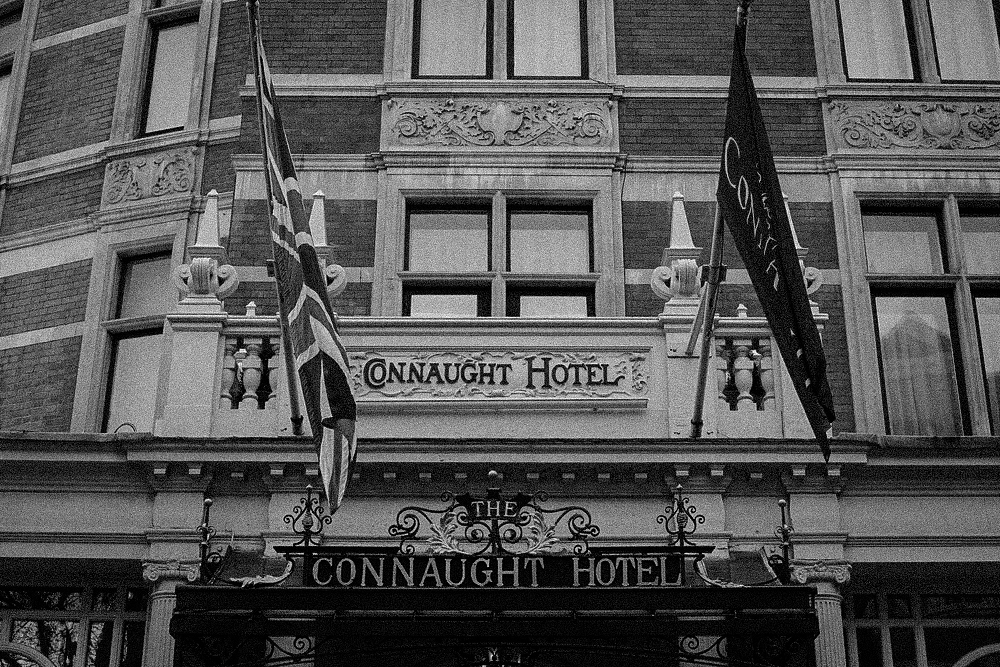 Drinking at the Connaught

The Connaught did this because in spite of being the smartest hotel in London, it’s also the most laid back and convivial in the category it occupies.  And in my opinion, the hotel’s Coburg Bar is the most attractive bar in London.

When you arrive, you feel lighter and taller. Your shoulders feel squarer.

The hues of light are the most pitch perfect, atmospheric and sexy in the whole of the capital

The gilded, back-lit spirits cabinet and shelves appear as if they’re beckoning you.

The room in general is one of constantly scene-shifting theatre, invariably scattered with smoking hot men and women who seriously know how to dress. The cocktails are made and served proudly and elegantly.

There may be no getting away from the gang-bang grade prices. But given the totality of what you’re getting, it’s not a rip-off. It actually feels to me like money well spent. Something worth saving up for.

But I can’t write it a singular eulogy.

Because some of the art work looks like it’s been made by a wind chime shop owner in Cornwall with a pre-dilection for holistic medicine and tantric sex.

And the spirals on the carpet remind me of eating shady mushrooms in Amsterdam. And my grandmother.

And the once glorious oak wood walls are now adorned in a sexually transmitted green.

But you would only notice that if you went in the day which you should never do.

Because this bar belongs to the night.

Its staff are amongst the best in London. They’re friendly as well as being up for a laugh and a joke.  Which is because they don’t suffer from the common affliction of behaving grandly because they work somewhere grand.

The Connaught Bar and The Champagne Room

There are also two more bars in the hotel and it seems foolish to visit without completing the trilogy.

The largest, The Connaught Bar, is a room designed by David Collins – although it looks more like he was putting together Petra Ecclestone’s sitting room while high on MDMA powder.

But still it somehow works; it’s the place where Caligula would have come for a cocktail.

There is also a kind-of hidden Champagne Bar which not many people know about and which hosts all manner of interactions.

There are two restaurants in the hotel. The fairly recently opened Jean-Georges which I have never been to and the 2 Michelin Starred Hélène Darroze at The Connaught.

I found the food there to have the usual Michelin rohypnol effect; in spite of eating my way through a multiple course tasting menu not that long ago, I can’t remember a single mouth full, ingredient or dish. Although I imagine it was perfectly pleasant.

What I do remember is that the staff were friendly, but as is usually the case in this type of place, too solicitous. Not that they should be overly-criticised for this. I always applaud people that genuinely seem to care about what they’re doing, even if it’s a bit overwrought.

But waiters ought to have in mind a cardinal maxim that should apply both to sex acts and restaurant food: don’t ask how it was afterwards.

Of the room I stayed in, I have little recollection. When I close my eyes now, I see flashes of brown and a dauntingly powerful shower.  But I might just have a neurological disorder.

I suspect I remember so little of the room, though, because it was underwhelming. Like lots of expensive London hotel rooms are.

Admittedly, I was going in at entry level and there may be untold joys in the superior rooms and suites.

But it shouldn’t have to be that way.

If you can’t afford to eat, drink or stay at The Connaught, you should just swing by to take a seat on the throne.

Because the loos are magnificent.

And if you feel like telling people you stayed for a drink, you’ll also find complimentary water in there. But is there anyone who has ever actually drunk from one of those accompanying glasses that have been arranged on a shelf in a toilet for god knows how long?

And if so, how could you?

*In case you’re wondering how the date ended up: we went back together and I stayed for, and I swear to god, flat-cap-on-coitus. Understandably, this must have come across as suitably deranged because I never heard from her again. 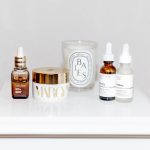 The Hyaluronic Acid Myth – Why it Doesn’t Work 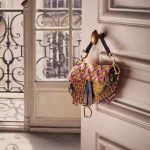 Christian Dior Saddle Bag 2018 Reissue – the ‘It’ Bag is back 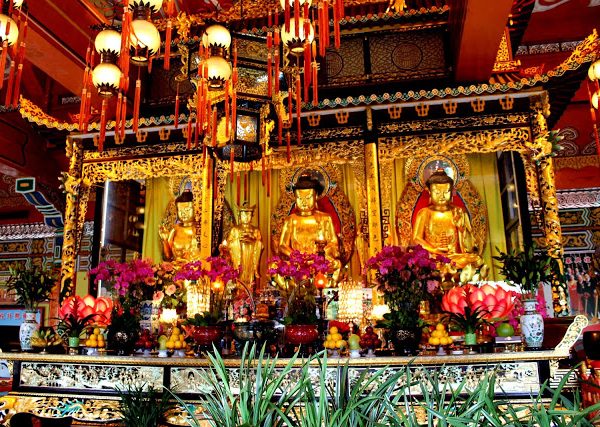 Being a Tourist – Hong Kong 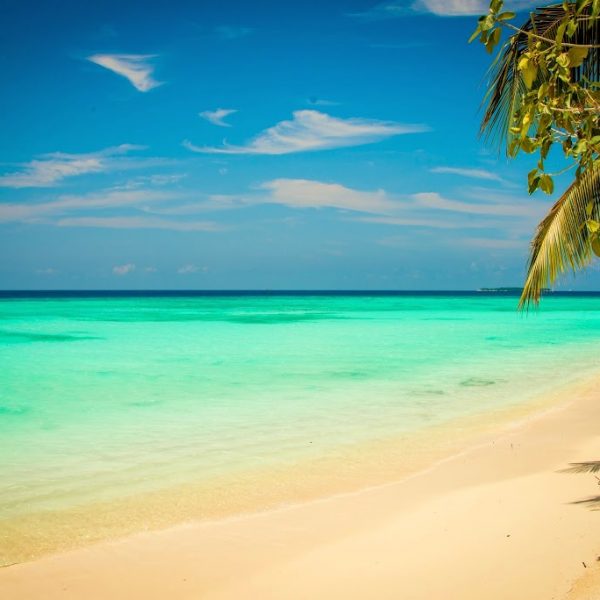 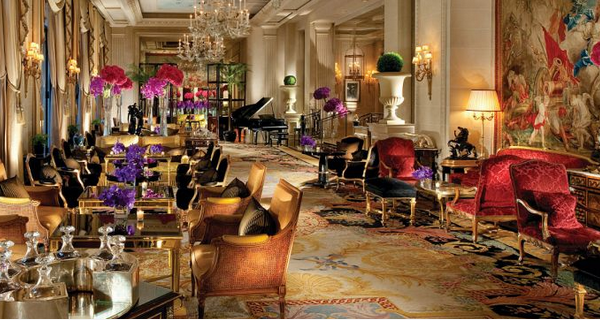 This is the most sublime writing to grace the internet since the passing of Captain Gill. More please.